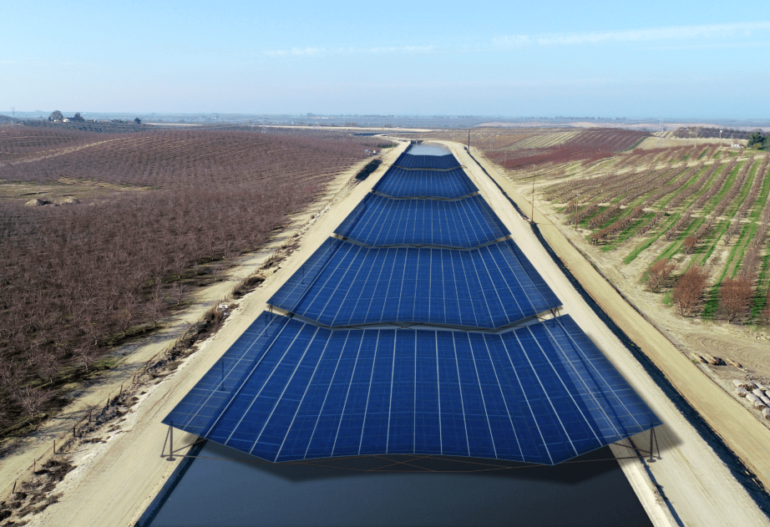 Could solar panel-covered canals and rivers be the key to a greener grid and water reserves?

A research project conducted by a student at the University of California Merced has been approved by the non-for-profit water and electric utility Turlock Irrigation District to pilot what is described as the nation’s first construction of solar panels over water canals.

The scheme, which has already received $20 million (£14.7m) of investment, will see 4,000 miles of California‘s water canals being covered by solar panels.

It is predicted to reduce evaporation by as much as 82%, saving about 238 billion liters of water a year.

The research found that’s comparable to the same amount needed to irrigate 50,000 acres of farmland or meet the residential water needs of more than two million people.

That would be nearly half the projected new capacity needed by 2030 to meet the state’s decarbonization goals.

Brandi McKuin, Author of the study, said: “Solar canals are an example of an energy-water nexus that offer multiple sustainability benefits.

“The cooler microclimate next to the canal mitigates panel heating, which enhances PV efficiency, and shade from the panels mitigates aquatic weed growth which is a major maintenance issue.”