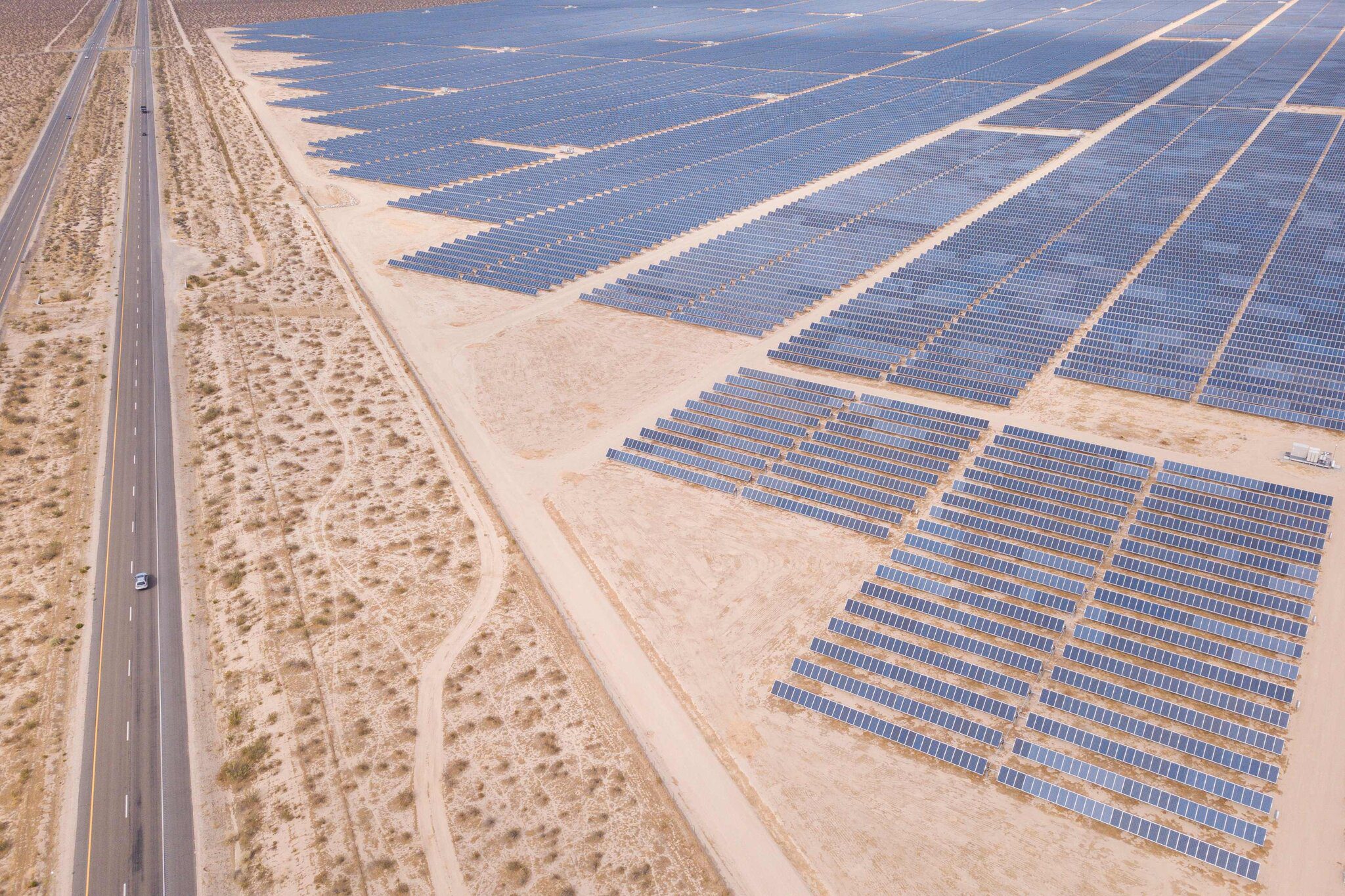 Renewable electricity provided just shy of 100% of California’s electricity demand on Saturday, a record-breaker, officials said, much of it from large amounts of solar power now produced along Interstate 10, an hour east of the Coachella Valley.

Environmentalists over the weekend celebrated as an official online supply tracker surged to 101%, but a power official said late Monday that they had double-checked the data, and adjusted it slightly due to battery charging and reserves, and other resource needs.

While partygoers celebrated in the blazing sunshine at the Stagecoach music festival, energy demand statewide hit 18,672 megawatts at 2:45 p.m., “and at 2:50, we reached 99.87% of load served by all renewables, which broke the previous record … of 97.58%,” said Anna Gonzales, spokeswoman for California Independent System Operator, or CAISO, a nonprofit that oversees the state’s bulk electric power system and transmission lines.

Two-thirds of the 18,000 megawatts needed were provided by solar power loaded into the energy grid — or 12,391 megawatts. The rest came from wind, geothermal, and other renewable sources.

Environmentalists who’ve pushed for years for all of California’s power to come from renewables were jubilant on Saturday as they watched the tracker edge closer to 100% and past.

“California busts past 100% on this historic day for clean energy!” tweeted Dan Jacobson, senior advisor to Environment California, who ran the campaign for SB 100, California’s 2018 law requiring the state to use 100% clean energy by 2045.

“Once it hit 100% we were very excited,” said Laura Deehan, executive director for Environment California. She said the organization and others have worked for 20 years to push the Golden State to complete renewable power via a series of ever-tougher mandates. “California solar plants play a really big role.”

The group also pushed for one million solar rooftops statewide, which has already been achieved, adding what some say is a more environmentally friendly form of solar power than the solar farms, which eat up large swaths of the Mojave desert and fragile landscapes.

Deehan and others said in a statement that more needs to be done, especially at the federal level. “Despite incredible progress illustrated by the milestone this weekend, a baffling regulatory misstep by the Biden administration has advocates concerned about backsliding on California’s clean energy targets.

They said an inquiry into tariffs on imported solar panels by the Department of Commerce is delaying thousands of megawatts of solar-plus-storage projects in California, “major disruption that Governor Newsom called ‘one of the biggest stories in the country.’”

Still, Deehan said, “California has shown that, for one brief and shining moment, we could do it! It’s time to move to 100% clean energy, 100% of the time.”

Janet Wilson is a senior environment reporter for The Desert Sun, and co-authors USA Today’s Climate Point newsletter. She can be reached at jwilson@gannett.com or @janetwilson66 on Twitter.