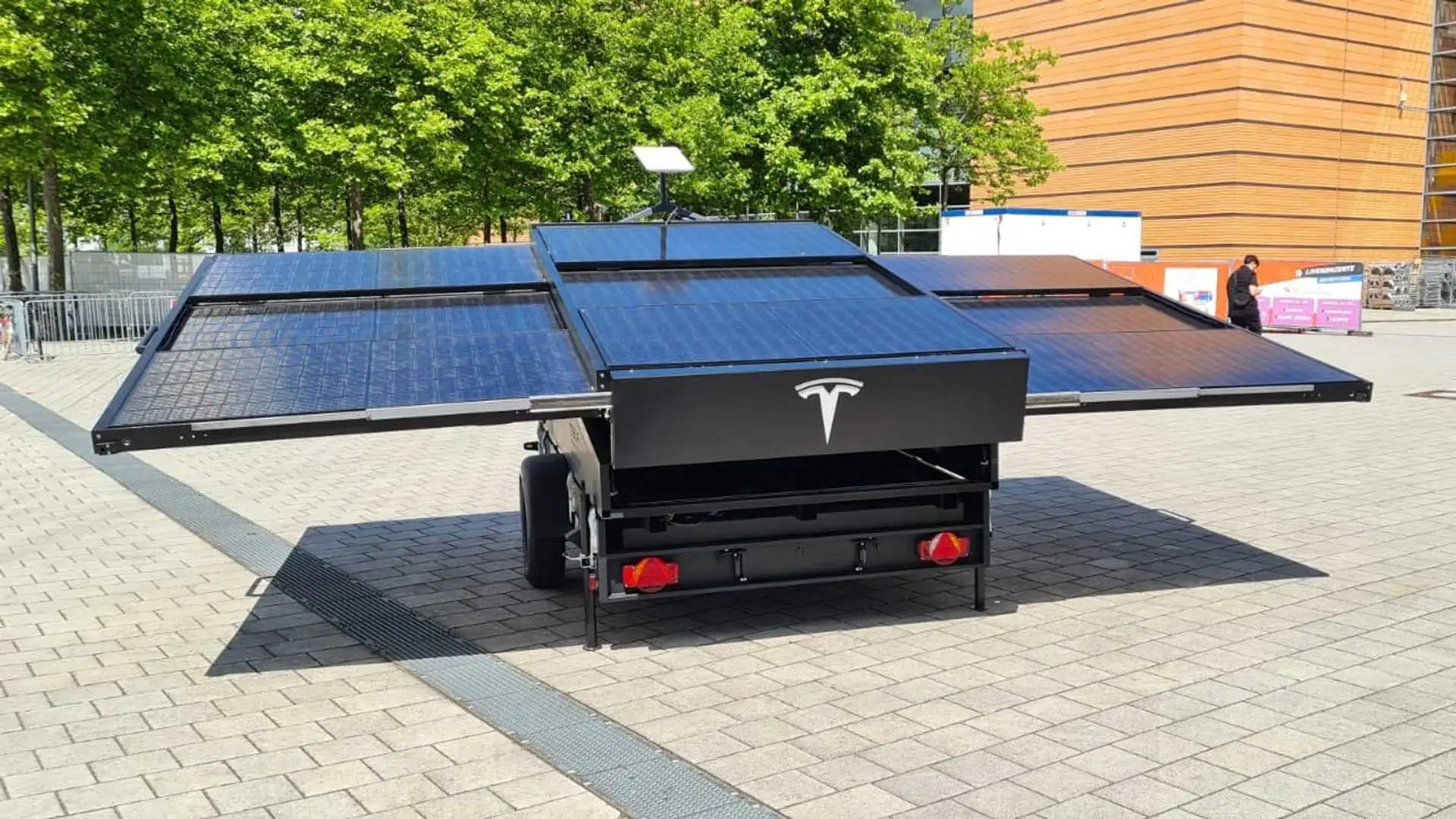 It’s basically just a small trailer with solar panels that can be extended outward to generate plenty of electricity.

Tesla is currently not offering solar charging of any kind on its electric vehicles, even though this is set to become a feature of some EVs in the near future. The manufacturer does build solar panels, though, but before putting them on top of one of its EVs, it put some of them on a small trailer and took it to IdeenExpo in Hannover, Germany, without really explaining why it’s there.

This was the official Tesla stand at the tech fair but no explanation was offered as to why the manufacturer had brought the solar trailer or what its planned use was. It’s not hard to imagine that it is envisioned to be towed behind an EV (possibly producing energy even while not extended) and once the destination is reached, it can extend its solar array all the way and thus produce electricity either for charging up the EV or just for a small group’s off-the-grid living (or camping) needs.

This Tesla Germany project looks very compact and lightweight, although it frankly just looks like a bunch of solar panels that were added on top of an existing trailer. So the solar panel array is from Tesla, but the trailer itself is not and while it’s certainly functional, it currently doesn’t really look the part – its design would not please a tech-savvy Tesla fan; it’s just not Cyber enough…

Tesla CEO Elon Musk has mentioned building something like this in the past, on the sidelines of the Cybertruck reveal back in 2019 when he announced that a range-extending solar array could be added to the trucks tonneau cover and it could also have fold-out panels that would add up to 40 miles of range per day. The project hasn’t been mentioned since, but Tesla is clearly considering adding some sort of solar charging component to its EVs.