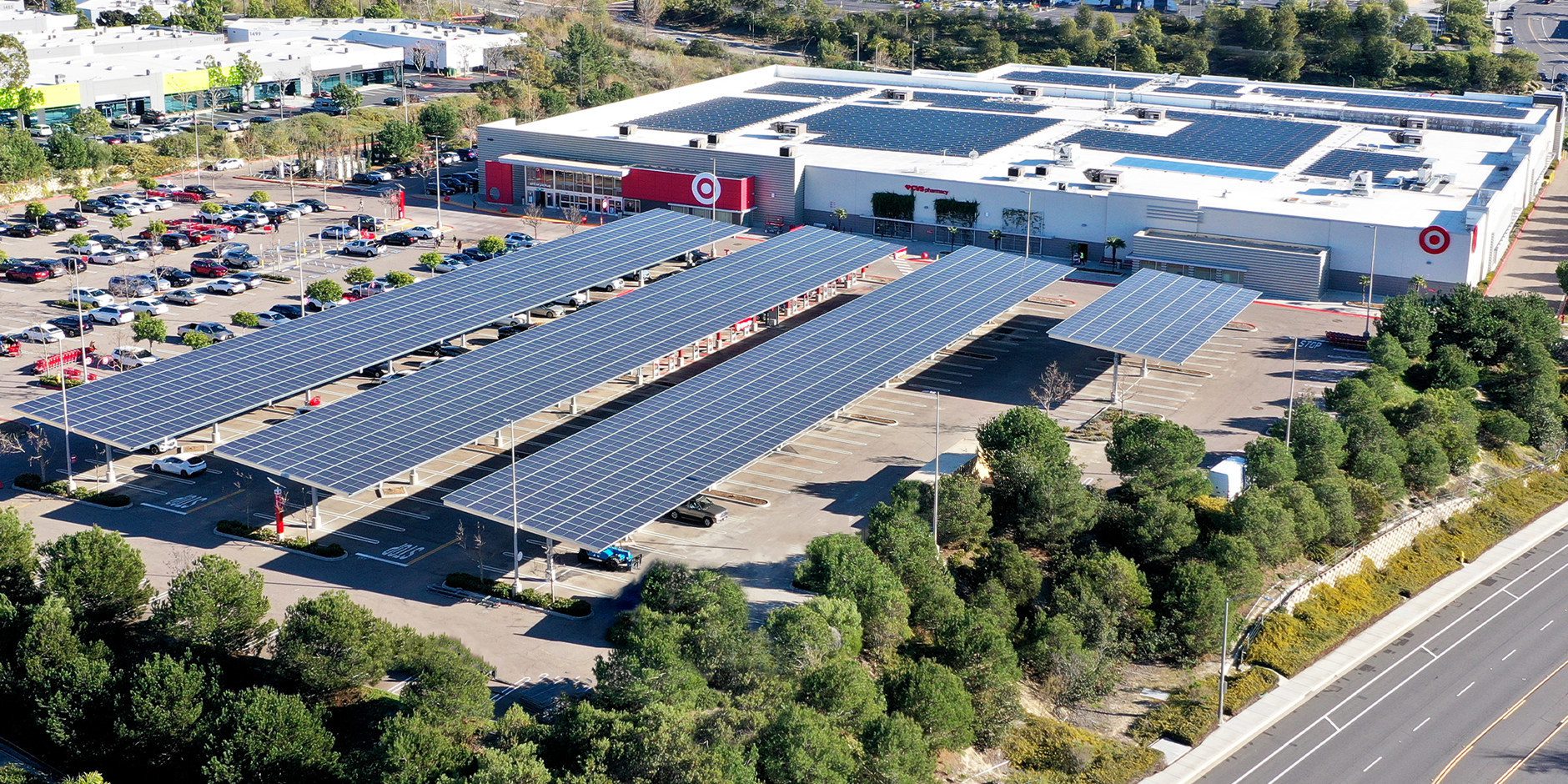 Target Corporation (NYSE: TGT) today announced its most sustainable store to date, as the site will generate more renewable energy than it needs annually to operate and will test multiple innovations to reduce the building’s emissions. The Vista, California, store’s retrofit and new features will inform Target’s investments in new stores and remodel programs that support its long-term growth and help guide the retailer’s efforts to achieve its sustainability goals.

The store will generate renewable energy through 3,420 solar panels across its roof and newly installed carport canopies. The site is expected to produce up to a 10% energy surplus each year that it can transmit back to the local power grid, and Target has applied for net-zero energy certification from the International Living Future Institute. The building also features elements to further reduce emissions, such as powering its HVAC heating through rooftop solar panels, instead of natural gas. Additionally, the store switched to carbon dioxide refrigeration, a natural refrigerant, that Target will scale chain-wide by 2040 to reduce its direct operations’ emissions by 20%.

“We’ve been working for years at Target to shift toward sourcing more renewable energy and further reducing our carbon footprint, and our Vista store’s retrofit is the next step in our sustainability journey and a glimpse of the future we’re working toward,” said John Conlin, senior vice president of properties, Target. “Our new stores and remodel programs are designed to help achieve our sustainability goals as we test, learn and scale our innovations over time across our operations.”

Target is building on the many ways it innovates through its stores and facilities to support the company’s sustainability strategy Target Forward. The retailer has committed to achieving net-zero greenhouse gas emissions enterprise-wide by 2040, and since 2017 Target has already reduced its direct operations’ emissions by nearly 27%. One of the ways it intends to reach its net-zero goal is through sourcing 100% of its electricity from renewable sources for its operations by 2030.

“Target continues to be a top corporate solar user, and we’re excited to see Target double down on its clean energy commitments with new solar carports and energy-efficient buildings through this innovative and sustainable retrofit,” said Abigail Ross Hopper, president, and CEO, Solar Energy Industries Association (SEIA). “We commend the Target team for their leadership and commitment to sustainable operations as the retailer continues to raise the bar for how companies can invest in their business and create a more sustainable future.”