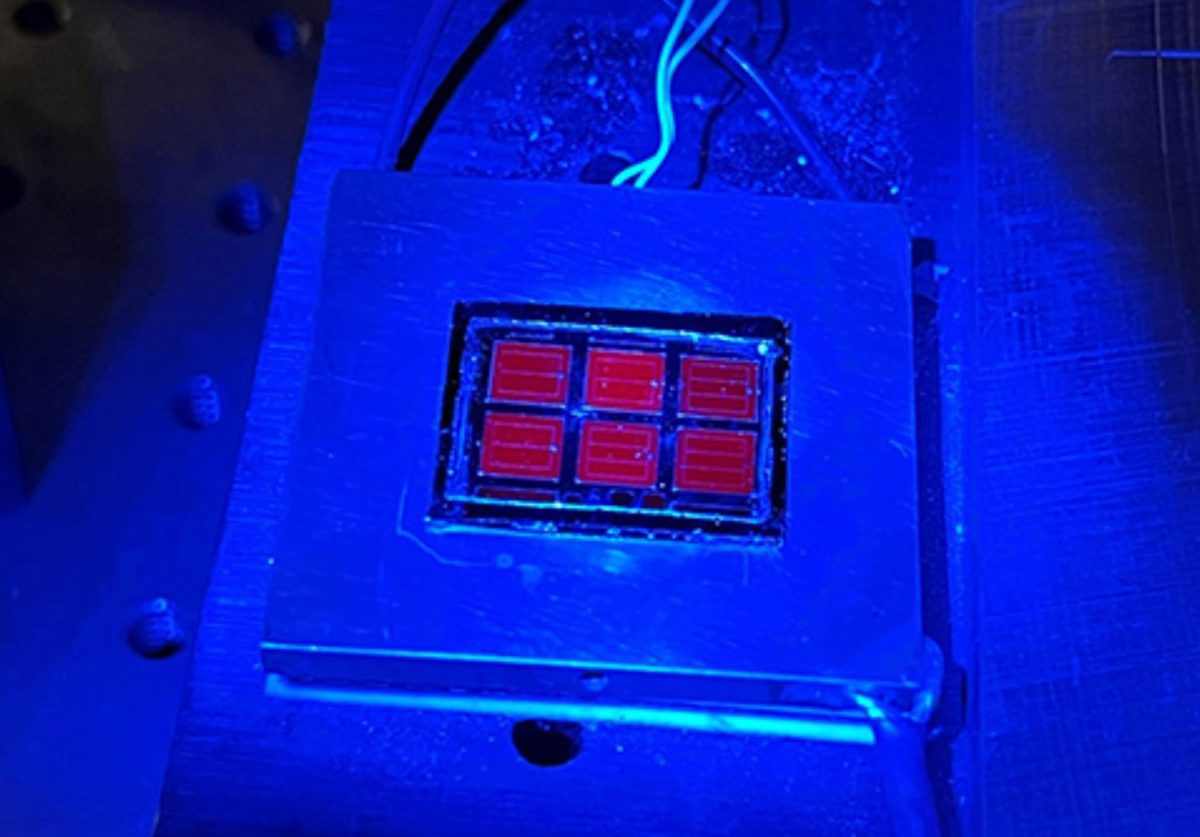 Scientists keep on pushing the efficiency of solar panels higher and higher, and there’s a new record to report: a new solar cell has hit 39.5 percent efficiency under the standard 1-sun global illumination conditions.

That 1-sun marker is simply a standardized way of measuring a fixed amount of sunlight, and almost 40 percent of that radiation can now be converted into electricity. The previous record for this type of solar panel material was 39.2 percent efficiency.

There are more types of solar cells around than you might have realized. The type used here, triple-junction III-V tandem solar cells, are often deployed in satellites and space vehicles, though they have plenty of potential here on solid ground as well.

“The new cell is more efficient and has a simpler design that may be useful for a variety of new applications, such as highly area-constrained applications or low-radiation space applications,” says physicist Myles Steiner, from the National Renewable Energy Laboratory (NREL) in Colorado.

The ‘triple-junction’ part of the equation is important in terms of the efficiency of the solar cell. Each junction concentrates on a particular part of the solar spectrum range, meaning that less light is lost and left unused.

Further efficiency gains were made through the use of so-called ‘quantum well’ technologies. The physics behind them is quite complex, but the general idea is that the materials are carefully chosen and optimized, and made as thin as possible. This affects the bandgap, the minimum amount of energy required to excite electrons and get the current flowing.

“A key element is that while GaAs is an excellent material and generally used in III-V multijunction cells, it does not have quite the correct bandgap for a three-junction cell, meaning that the balance of photocurrents between the three cells is not optimal,” says physicist Ryan France from the NREL.

“Here, we have modified the bandgap while maintaining excellent material quality by using quantum wells, which enables this device and potentially other applications.”

Some of the improvements added in this latest cell include an increase in the amount of light absorbed without any corresponding voltage loss. Several other technical tweaks were also made to minimize limitations.

It’s the highest 1-sun efficiency of any solar panel cell ever recorded, though we’ve seen higher from more intense solar radiation. While it takes time for technologies to make their way from the lab into actual products, the potential improvements are exciting.

The cells also recorded an impressive 34.2 percent space efficiency, which is what they should achieve when put to use in orbit. Their weight and resistance to high-energy particles make them particularly suited for this task.

“As these are the highest efficiency 1-sun solar cells as of this writing, these cells also set a new standard for achievable efficiency across all photovoltaic technologies,” write the researchers in their published paper.

The research has been published in Joule. 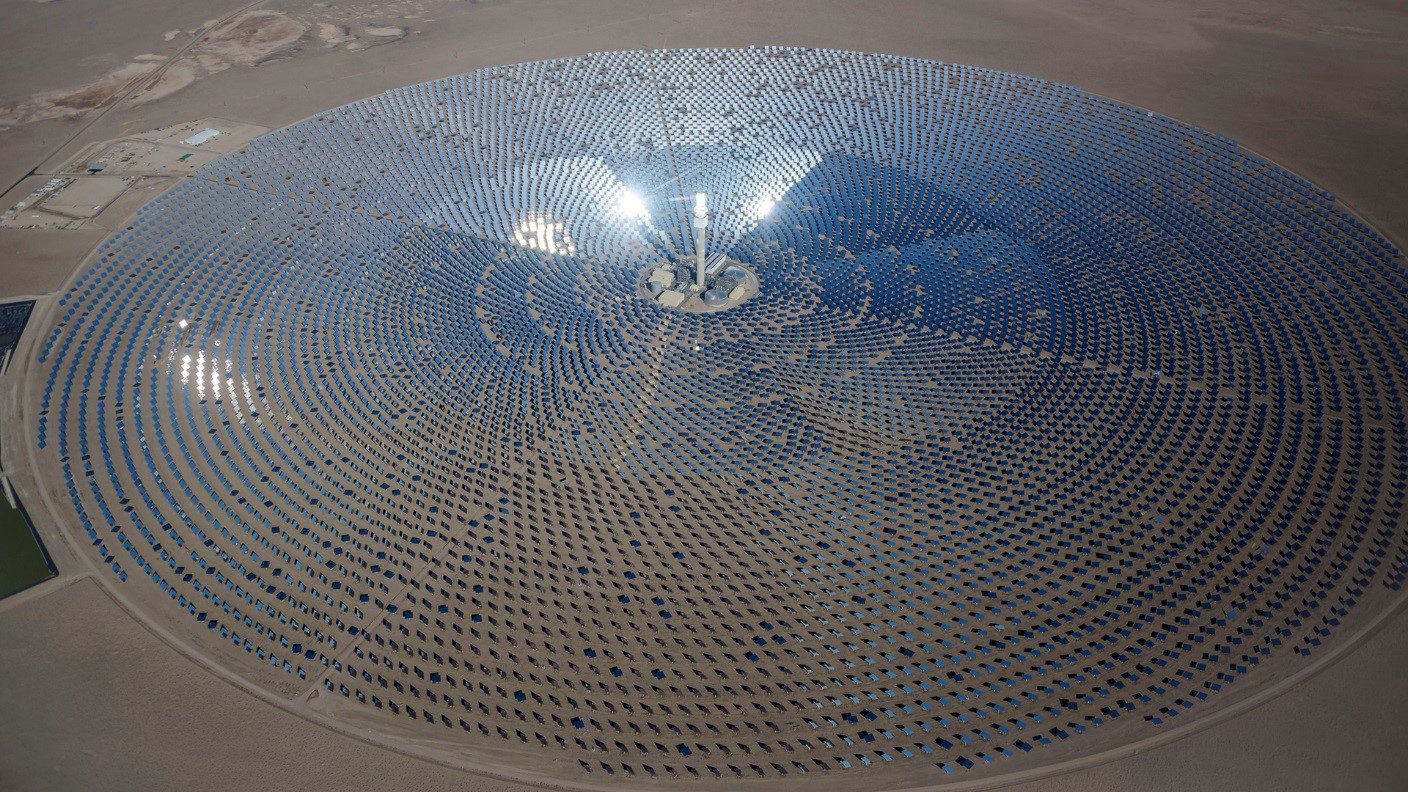 Concentrated solar power (CPS) has the potential to lower the cost of renewable energy and provide highly available dispatchable energy at any time of the day.

The National Renewable Energy Laboratory (NREL) and the Department of Energy (DoE) are both working on the next generation of CPS facilities as part of the DoE’s plans to reach an energy cost goal of 5 cents per kWh, a press statement reveals.

On the road to achieving this goal, a U.S. government agency awarded NREL $2 million to develop a prototype for a system that can harness the great energy potential of molten salts while taming their corrosive properties.

What is concentrated solar power?

Concentrated solar power (CPS) uses a large array of mirrors, or heliostats, to direct sunlight into collection towers that store that energy in the form of heat in the sand, rocks, or molten salt. As it incorporates long-lasting thermal heat storage, it can dispatch energy at any time of the day, and it’s particularly useful in areas that might rely on traditional solar PV energy (solar panels) during peak hours. Demand for energy typically peaks near sundown when solar panels start to produce less energy — a phenomenon known as the duck curve.

The DoE has identified three key areas of innovation for CPS: storing heat in liquids like molten salts, in sand-like particles, and also in gases. Though the U.S. government agency decided to focus most of its funding into particle-based storage, it also provided funding for NREL to run a two-year liquid molten salt research program.

Molten salts have great potential as they are practical to work with and can easily move through pipes and heat exchangers. It’s those properties that have also led to renewed interest in the ideas of molten salt reactors, as the world continues to grapple with the transition away from fossil fuel consumption.

A few practical challenges have stood in the way when it comes to molten salt CPS. For example, the material is corrosive and can cause damage to holding tanks during the process of transferring heat energy. However, according to Craig Turchi, who leads thermal energy science and technologies research at NREL, the researchers have “actually solved that problem by and large. NREL and partners did a lot of great science on the salt chemistry — how to purify it, how to make it relatively noncorrosive if you control the chemistry, and we demonstrated that in the lab.”

Harnessing the power of molten salts

In its bid to harness molten salts, NREL decided to use chloride salts as opposed to the nitrate salts typically used in other molten salt applications. The company explained that nitrate salts display a greater level of stability under extreme temperatures.

The DoE awarded NREL $2 million to build a prototype tank that utilizes extra insulation to keep the molten salts — which freeze at 752°F (400°C) — at a high temperature. This, alongside the work NREL has carried out on the corrosion problem, means we might be a step closer to viable molten salt CPS.

Other innovations have led to the cost of CPS falling by 47 percent between 2010 and 2019, and the price will only continue to fall. What’s more, all of this research could help to greatly advance other fields besides CPS.

According to Kerry Rippy, NREL expert in inorganic chemistry, “there are multiple potential avenues for this research to be valuable. It can be beneficial for solar fuel synthesis; it could enable high-temperature fuel cells, and the nuclear industry is also really interested in this research.”

While CPS technology might still have some way to go to meet the DoE’s 5 cents per kWh goal, it could eventually provide an alternative to solar PV with vastly higher amounts of readily dispatchable energy.