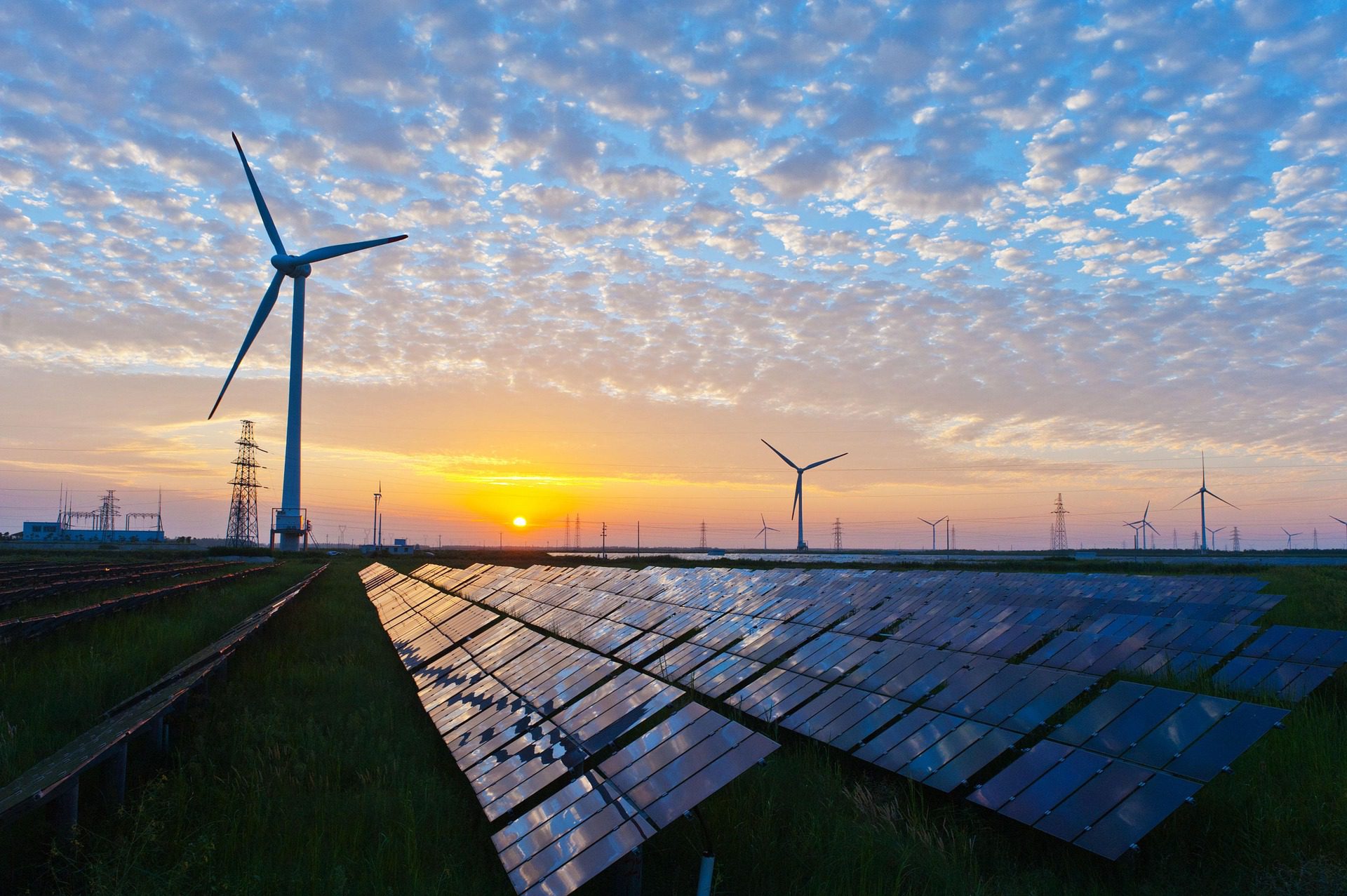 Solar and wind energy last year grew at the fastest rate in U.S. history and now account for a record 13% of the nation’s power generation, according to a report released Thursday.

Coming on the heels of Monday’s grim United Nations report warning that humanity must act now to curb rising temperatures caused by the burning of fossil fuels, the new Sustainable Energy in America Factbook offered some good news about what already is being done.

“It was not that long ago that critics of clean energy would snicker and say that its contributions amounted to a rounding error compared to total generation,” said Ethan Zindler, head of the Americas for Bloomberg New Energy Finance, a research company that has been producing the report annually for the past 10 years. “That’s definitely no longer the case. Anyone who still calls clean energy ‘alternative energy’ is just so, so 2009.”

“Ten years ago that would have been unfathomable. Six years ago, people would have been incredulous,” said Dan Whitten, vice president for public affairs at the Solar Energy Industries Association.

As U.S. power generation becomes cleaner and more of it comes from renewable sources, power sector carbon emissions have been dropping steadily. Last year they were 35% below 2005 levels.

The Biden administration has adopted a goal of net-zero carbon emissions for the U.S. economy by 2050, and Congress has approved $80 billion for investment in the transition to carbon-neutral energy. However, several large infrastructure bills, including President Joe Biden’s Build Back Better plan, which featured multiple clean energy policies, are stalled.

Natural gas remains the largest single source of U.S. electricity generation, accounting for 38%. Power from coal-fired power plants rose slightly in 2021, to 22%. Yet despite that increase, coal’s portion of the U.S. energy market is down 40% from 2011 as demand has weakened and aging coal plants have been retired.

But the future for renewables is looking bright. The past year saw a record 37.3 gigawatts of wind and solar power installed. Of that, solar energy had its best year ever, with 24.2 gigawatts, and the wind was 13, according to the report, which is underwritten by the Business Council for Sustainable Energy.

Overall, power from wind turbines reached 138 gigawatts in 2021, which makes it the largest share of U.S. renewable power for the third year in a row.

That’s likely to increase significantly in the coming years as offshore wind energy had a breakthrough year, with huge contracts and leases being signed for installations off the New York, New Jersey, Massachusetts, and Maryland coasts.

Hydroelectric power, long the most prolific producer of carbon-free energy, fell in 2021 to 29% of all renewable output, from 35% the year before. That was a result of a historic drought in California and the Pacific Northwest. What scientists are calling a “megadrought” is the worst in 1,200 years and could continue for years to come.

Investment in clean energy hit a record-breaking $105 billion in the U.S. last year, according to the report. That investment represents an 11% year-over-year increase and has grown 70% over the past five years. Globally, countries and companies invested $755 billion in the transition to carbon-neutral energy.

“China remains by far and away the largest source for new investment. But the U.S. is second-biggest,” Zindler said.

Helping drive the increased investment is the increasingly competitive costs to produce wind and solar power, according to Lazard, a financial advisory firm that publishes annual estimates of the total cost of producing electricity.

In the U.S., onshore wind turbines provide some of the cheapest electricity, at $26 to $50 per megawatt-hour, according to Lazard. Solar costs have more variability but typically are $30 to $41 per megawatt-hour.

By comparison, costs at existing natural gas power plants are as low as $24 per megawatt-hour, but the cost at a new plant would be $45 and $74.

While more investments are needed to continue to increase carbon-neutral energy sources and help the world reach its goal of keeping the rise of average global temperatures to no more than 1.5 degrees Celsius, the cost of not meeting that goal is even greater, said Jacobson, president of the Business Council for Sustainable Energy.

“We are already experiencing the impacts of climate change, and it is extremely costly,” Jacobson said.

South Australia spent the last week of December generating 100% of its power demand from wind and solar.

This isn’t unheard of for the sunny southern state in the Land Down Under, but rather the first time it’s happened for so many days in a row.

The state would have actually generated more than 100% of its demand but for a brief curtailment of semi-scheduled generation which reduced the totals by 8.2%.

Over that period the contribution from natural gas averaged just 114 megawatts.

The territory is populated by around 1.7 million people, mostly centered around the coast and in Adelaide, it’s capital city.

The conditions for solar and wind energy have allowed the renewable energy market to flourish, highlighted by the fact that in the same period of last year, 142% of needs were met with these elements.

Being in the Southern Hemisphere, the hottest, driest, and windiest months are all in what Northern Hemisphere dwellers would describe as winter. The solar energy from 110°F (43°C) is generous, as is the wind power from speeds that average 10mph.

In order to harness these, the South Aussies built the Hornsdale Power Reserve. In 2017 it was the world’s largest lithium-ion battery, capable of storing 129 megawatt-hours of energy.