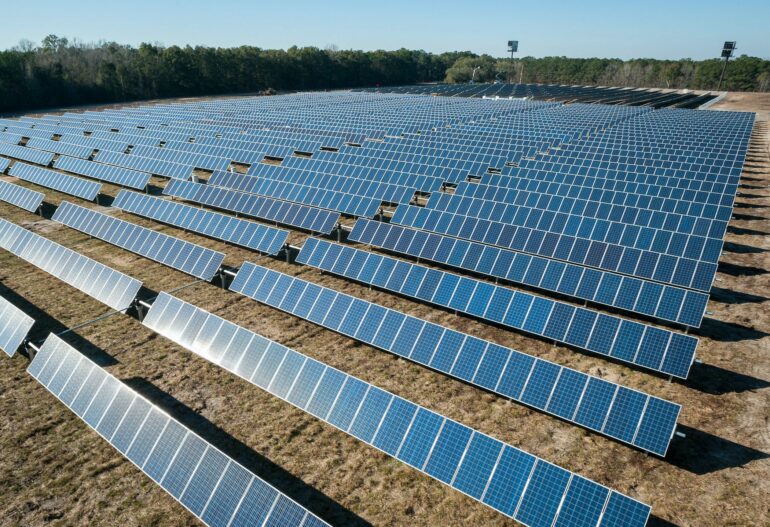 The United States electricity sector reached an important milestone in April, when wind and solar energy accounted for 20% of electricity generation for the first time in history, according to the London-based global energy think tank Ember.

The 20% figure is noteworthy because the International Energy Agency calculates that to avert catastrophic climate change, wind and solar energy need to reach one-fifth of global energy production by 2025.

U.S. wind and solar energy production typically reach its highest annual output in April. Spring is the windiest time of year on average, and the sun shines strongest in the spring and summer. Last April, wind and solar accounted for 17% of U.S. electricity, which was the all-time high until last month.

U.S. wind and solar energy have grown dramatically in recent years, primarily due to dropping costs. For 2021 as a whole, wind and solar created 14% of U.S. electricity, up from just 6% in 2015.

Solar energy dips in months with less sunshine, and its production is less efficient in warmer weather. Wind and solar also decrease as a percentage of the total in the summer months, because higher demand for air conditioning leads to more use of coal- and gas-fired “peaker” power plants.

America is not alone in experiencing its wind and solar boom. In 2021, wind and solar were the fastest-growing sources of energy worldwide for the 17th year in a row, according to Ember. Globally, wind and solar doubled their share of electricity production to 10% between 2015 and 2021.

The Biden administration is enthusiastically promoting wind and solar energy production as part of its agenda to combat climate change. The Department of the Interior is leasing offshore wind turbines, and the president’s Build Back Better legislative agenda includes billions of dollars in subsidies for solar panel production and purchases.

There are, however, potential impediments on the horizon. Much of the recent wind energy boom has occurred on the windy plains of the Midwest, where local governments worried about loss of farmland are beginning to restrict local renewable energy development. President Biden’s energy agenda is stuck in the Senate, where opposition from Republicans and Democratic Sen. Joe Manchin of West Virginia has stymied its passage.

The solar industry is being pinched by tariffs on imported solar technology imposed by then-President Donald Trump, which Biden has declined to rescind. The Solar Energy Industries Association cut its forecasts of new solar installation for 2022 and 2023 by 46% as a result.

Still, renewables are growing and will continue to do so; the only question is by how much. On March 29, wind was the second-largest source of electricity in the U.S. for a 24-hour period for the first time. And on April 3, California set a record when its power grid briefly ran on 97% renewable energy.

“Wind and solar are breaking records around the world,” Ember COO Phil MacDonald said in a statement. “The process that will reshape the existing energy system has begun. Wind and solar provide a solution to the ‘trilemma’ of achieving a sustainable, affordable, and secure energy supply. This decade they need to be deployed at lightning speed.”