Phone: (888) 525-2786
Email: info@sunservicesusa.com
Mon-Fri: 8am – 5pm
Get Directions
Home
Education
Facts About Solar Energy That You Didn’t Know Before 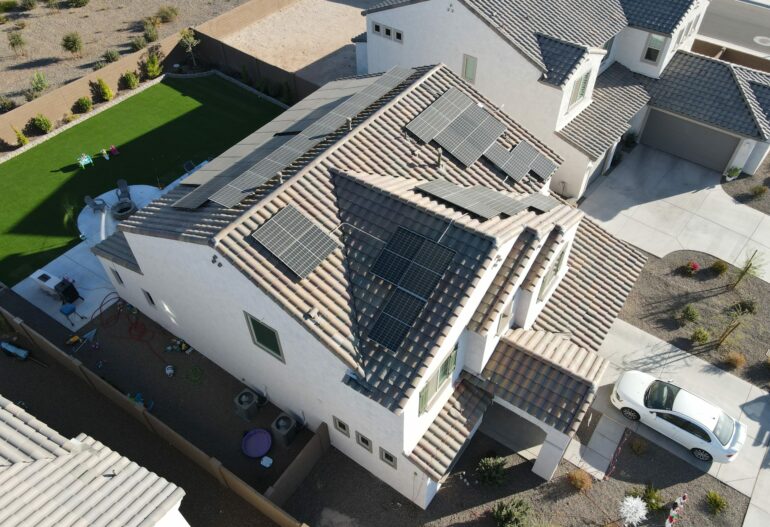 Education Hong Le Comments: 0
Facts About Solar Energy That You Didn’t Know Before

The U.S. solar industry has witnessed remarkable growth in the past decade while the cost of solar has declined by nearly 70 percent. Prices reached an all-time low in Q4 of 2020 across all segments of the industry, meaning solar energy has never been more affordable and accessible. Now that solar has entered the mainstream, everyday homeowners are starting to wonder how much solar could save them and how simple making the switch really could be. If you’re starting to think about installing solar panels, it’s helpful to understand the big picture for solar power. In this article, we’ll break down ten solar energy facts that shed some light on key parts of the industry.

An Intro To The Solar Energy Industry: Ten Facts

Solar energy is rapidly expanding in popularity. Using photovoltaic panels, we can convert the sun’s energy into usable electricity and power our homes, businesses, and more. As the solar industry reaches a higher and higher percentage of the population, information on the science, logistics, installation processes, and best providers is sought after like never before. Read on to learn about some solar energy facts that may surprise you.

1. The solar industry recorded record-breaking growth in 2020 despite the global pandemic

In 2020, the COVID-19 pandemic negatively impacted many industries, but not the solar industry. According to SEIA, solar panel installations shot up 43% (19.2 gigawatts of output) over 2019, and in the fourth quarter alone, the US added 8 gigawatts (GW) of solar energy to the grid – a world record! To put this in perspective, one GW is enough to power roughly 190,000 homes.

2. Solar is the cheapest and most abundant energy source in the world

In December 2016, the cost of building and installing new solar electricity generation dropped to $1.65 per watt, narrowly beating out its renewable counterpart wind ($1.66/Watt) and its fossil fuel competitors.

A major turning point in terms of the economics of solar vs. fossil fuels occurred in 2016 when a commercial solar provider in Dubai offered solar electricity for sale at $0.029 cents per kilowatt-hour, setting a world record for solar as well as all energy sources. Today, there are 89 Petawatts (PW) of potential solar energy production available on earth, making solar the world’s most abundant available source of power. To learn more about how to compare solar and fossil fuels apples to apples, check out our full explanation.

3. Over 2 million solar systems have been installed in the U.S. alone

In early 2019, the U.S. surpassed 2 million solar system installations. This milestone comes just three years after the industry completed its 1 millionth installation, a feat that took 40 years to accomplish. Most notably, the industry is projected to hit 4 million installations in 2023, illustrating solar’s rapid pace as the fastest-growing energy resource in the world. By 2030, the solar energy industry is expected to quadruple from its current size.

Solar panel efficiency levels have been increasing as quickly as solar costs are declining, thanks to the scientific community’s focus on the need for innovation in solar technology. To help offer perspective, just five years ago the most efficient solar panel that money could buy was between 17 and 18 percent. In 2020, homeowners can get affordable quotes for solar panels in the 20 to 23 percent efficiency range anywhere in the U.S. In terms of solar cell efficiency, the two leading brands are SunPower and Panasonic. To learn more about how solar panel efficiency has changed over time, checkout our entire writeup.

5. Homeowners in the U.S. have achieved breakeven point with solar in as short as 3 years

The cost of solar has plummeted while the cost of grid electricity has continued to gradually rise, and the concept of the solar “break-even point” with solar has become more and more attractive. In 2021, most homeowners are seeing payback periods around eight years and 20-year savings estimates of more than $20,000. Some homeowners are seeing break-even points as low as three to four years in states where utility prices are high like Massachusetts and New York. Read our article highlighting the advantages of solar energy to learn more about how solar can benefit you.

6. The cost of a solar installation is now at or below $3 per watt in certain U.S. states

Not even a decade ago the cost of an installed solar system was upwards of $8 a watt, and many theorized about the day when solar could break the $4/watt threshold. Now in 2021, we’re seeing the $3.00/Watt mark take effect – quotes with pricing below $3.00 are coming in on the EnergySage Marketplace every day. The average cost per watt in 2020 is $2.81 per watt on EnergySage, meaning that a small to medium-sized system (6,000 watts) will cost $12,476 after the federal solar tax credit subsidy.

7. Airplanes can fly around the world while running entirely on solar energy

Though many may be aware that solar energy can power trains, cars, and even space stations, many were skeptical when Bertrand Piccard decided to fly a solar-powered plane around the world with no additional power source other than the sun. In early 2016, the Swiss pilot and professional explorer departed from Abu Dhabi in the famous aircraft known as Solar Impulse II, making his much anticipated worldwide return in July. The global flight offered numerous photo opportunities and made a statement around the world about the boundless potential of solar energy.

8. Homeowners don’t have to install their own solar panels to go solar

Community solar is now offered by many large utilities that have an incentive to source a certain percentage of their supplied power from renewable sources. In 2021, the concept of shared solar or community solar – the idea of installing a massive solar farm from which hundreds or even thousands of people can source their electricity – is taking off. Currently, it is most popular in these 5 states: California, Colorado, Minnesota, New York, and Massachusetts. However, with the many pragmatic and affordable aspects of community solar, the concept is quickly gaining popularity across the country.

One of the common concerns voiced by homeowners when considering going solar is, “What would I do at night?” This is the resource’s most evident barrier towards reaching mainstream status, and solar energy storage providers are answering the call. A number of well-regarded brands have entered the solar storage space (including Tesla, LG, and Mercedes) and new competition and innovation are causing the cost of solar storage to plummet. Nowadays, homeowners can purchase solar-plus-storage systems and be completely energy independent. To learn more about storage, check out the best solar batteries available.

Overall, these eight facts offer multiple angles on solar’s growth in the recent decade and the way it has become a legitimate competitor of fossil fuel resources. If you’re considering a solar panel system in the near future, check out some tips for how solar shoppers can guarantee they’ll get the lowest price and best equipment with their installation.

The largest solar thermal energy production plant in the world lives in the Mojave Desert in California. The 392 MegaWatt plant, Ivanpah, uses concentrating solar power technology (CSP) to drive a steam turbine, which creates electricity. Software-powered mirrors reflect the sun into three boilers, which create steam. CSP power-tower plants like Ivanpah have a particularly beneficial solar harnessing method because it allows energy to be stored even after the sun sets in the form of molten salts. In 2014, the CSP plant came online and almost doubled the US’s solar thermal energy production from past years, and according to energy.gov, 500,000 tons of carbon dioxide emissions will be prevented yearly.