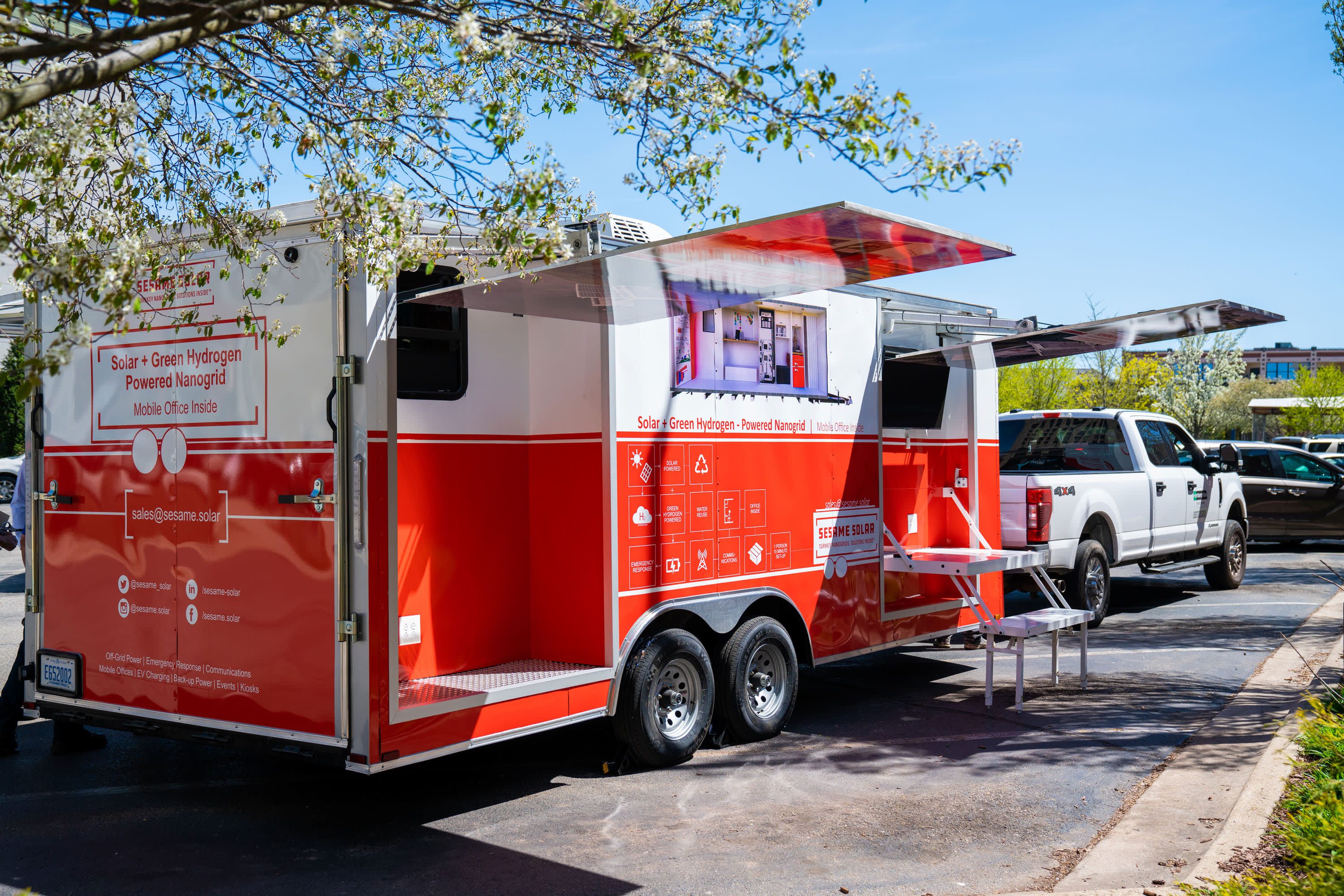 Michigan-based startup Sesame Solar is producing what it deems the world’s first fully-renewable mobile nanogrid for natural disaster relief. Its units can be used as mobile communications and command centers, medical units, kitchens, and even temporary housing. The systems can be ready for use within 15 minutes of arrival.

Most mobile units like these have been powered by diesel fuel, which emits carbon dioxide when burned, contributing to climate change.

But Sesame’s units have solar panels on top which unfold, giving the company its name — a reference to “open sesame.”

“The whole concept is that no fossil fuels are required to be able to have days or weeks of energy autonomy after an extreme weather disaster, like a hurricane or tornado or wildfire, or an event of grid outage in California…or a cyber-attack, or anytime the grid is just down,” said Sesame co-founder and CEO Lauren Flanagan.

“We combine solar and battery storage, or we also have other sources of renewable power, we use green hydrogen as backup power. And we can do small wind turbine if conditions are right,” added Flanagan.

Sesame sells the systems for anywhere from $100,000 to $300,000, or more for larger installations like a full medical clinic. It has sold 50 nanogrid units so far. Its customers already include the U.S. Air Force, as well as cable providers like Cox and Comcast.

“There have been 18 multi-billion-dollar climate disasters in the U.S. in the last 18 months. And it’s rare you’re going to find a company that already has revenue, already has customers, already has impacted the world, and has done it on a shoestring budget,” said Vijay Chattha, with VSC Ventures, one of the investors backing Sesame Solar.

Others include Morgan Stanley, Pax Angels, and Belle Capital. The company has raised only $2 million so far, which may seem like very little for a company with such broad potential. But Flanagan said revenues tripled in the last year and are set to do that again this year.

“The reason we haven’t raised a lot of capital is because we have revenues. I’m a kind of old-school operator, I believe in get product market fit, find customers who will pay, iterate and improve it and try to run as close to break-even as you can, and then you’ve got options, right?” she said.

One of those is a potential new business model where rather than selling the units the company would rent them out. She wants to get FEMA on board with something like that, which she said would be a gamechanger.