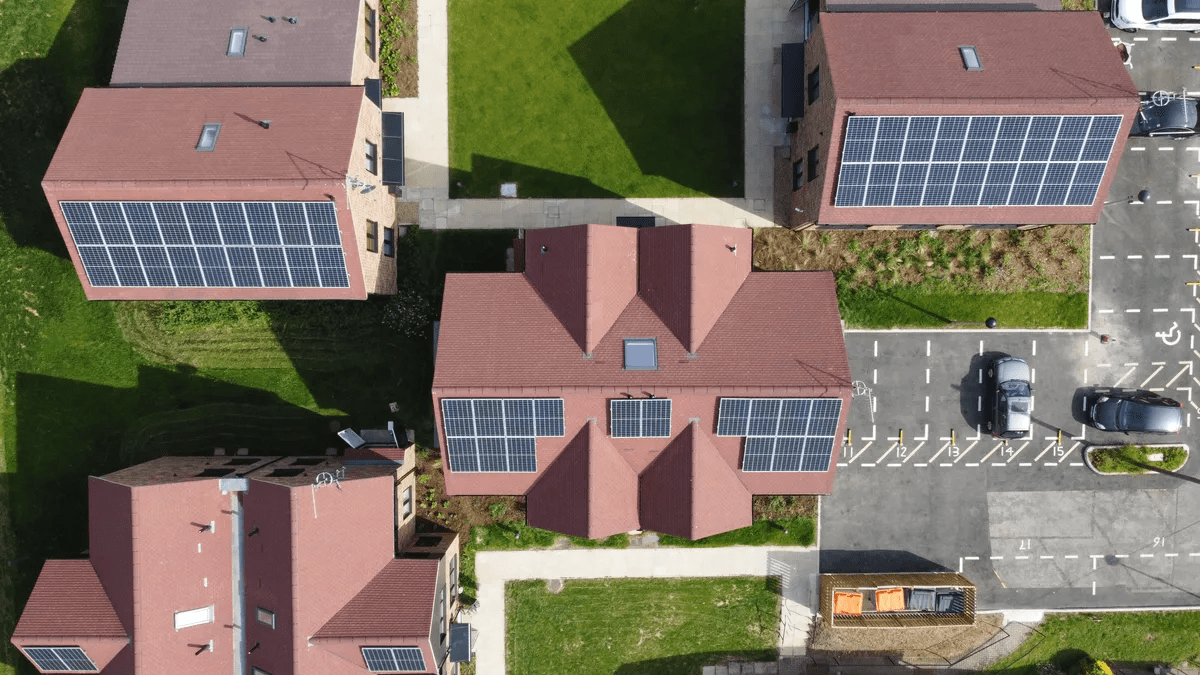 Homeowners associations’ can’t say no to solar in a growing number of places. Here’s what to know based on where you live.

High energy prices are one reason why it pays to go solar now, and people are doing so at record-setting paces. But there are always reasons some people can’t adopt solar at home. Renters might not be able to make such a big improvement to their homes and people living in shaded or otherwise unsuitable homes may turn to other solar solutions, like community solar. If you live in an HOA, you might worry you fall into that group.

HOAs, or homeowners associations, exert a certain amount of control over what can and can’t happen in a neighborhood. Moving into one of these neighborhoods requires joining the HOA, which collects fees to keep up certain community amenities, like swimming pools or playgrounds. But HOAs can also have a say in what your house looks like and what improvements you can make. That means they can have a say in your new solar panel systems. While recent court decisions and laws in some states are making it harder for HOAs to block solar panels around the country, if you’re a part of one, there are a few things you should know.

Does an HOA get to decide if I can have solar panels?

The short answer is that it depends where you live. Some states have passed laws or had court rulings that say HOAs can’t keep people from installing solar panels. For example, in June, the North Carolina Supreme Court decided that HOAs can’t block solar projects and in March the Indiana legislature passed a law limiting HOAs’ power.

But not all states have so-called solar rights laws that guarantee HOA residents the right to install solar panels. Alabama, Arkansas, Connecticut, Michigan, Mississippi, Oklahoma, Pennsylvania, South Carolina, South Dakota, and Wyoming don’t have such laws, according to the Community Associations Institute. Members of HOAs in these states don’t have much legal leverage when it comes to installing solar.

Many of these state laws give HOAs the authority to make changes to a solar installation, but not block it outright. The Indiana law does this by allowing residents to collect signatures from their neighbors in support of their solar panels and override the HOA’s objections. A law in Illinois says HOAs can’t ban solar installations but can adjust their placement as long as it doesn’t reduce the expected production by 10% or more.

The remaining states have solar easement laws, which allow you to enter into an agreement with your neighbors that guarantee your access to the sunlight and solar panels. Solar easements, while allowed by these laws, are themselves voluntary agreements between you and your neighbor or HOA. While you aren’t guaranteed to have unfettered access to the sun for generating solar power, they can ensure you keep access once it’s agreed to.

How do I get permission to install solar panels from my HOA?

Because laws vary from state to state and policies vary between HOAs, there’s no one answer for all situations. There are a few best practices, though.

First, you’ll want to make sure of your rights under state law. If your state has a solar access law on the books, make sure you understand what, if any, restrictions your HOA can put on your solar system. Some state laws also include stipulations for how fast an HOA must respond to or approve your project. You’ll also want to study your HOA’s rules and regulations so you know if there are policies that work to your benefit there. In North Carolina, the recent lawsuit was rooted in state law and the HOA’s regulations. Depending on what they say, your HOA’s regulations could play in your favor.

Solar United Neighbors, a nonprofit that helps people go solar, also suggests gathering the support of your neighbors who are in favor of solar in their community.

If you need an HOA’s permission to go solar, it’s likely going to take a bit longer. Be sure to factor that time in, especially if you’re on a tight schedule.

In many states, you’ll be able to go solar even if you live in an HOA, though you may need to jump through a few more hoops. In other places, it might take a strong argument.